Hello *wave her hands to the readers* How is everybody doing?

It has been a long time since I have grace you with my presence? *stick her tongue out because she is part joking* But I’m here again and I bring you a new review because I read a lot…

This one was a surprise to me. I was not expecting to get hocked with this series (when I did) but after reading this first book *whispers to the audience* I’ve read the next one already *nods in complicity* and yes, it was great too. 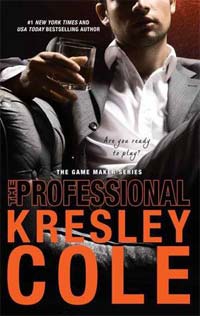 Another titles in the series: The Master (Book #2)

He makes the rules…

Mafiya enforcer Aleksei “The Siberian” Sevastyan’s loyalty to his boss knows no bounds, until he meets the boss’s long-lost daughter, a curvy, feisty redhead who haunts his mind and heats his blood like no other. Ordered to protect her, Aleksei will do anything to possess her as well—on his own wicked terms.

Rules are made to be broken…

Grad student Natalie Porter had barely recovered from her first sight of the dark and breathtaking Sevastyan before the professional enforcer whisks her away to Russia, thrusting her into a world of extreme wealth and wanton pleasures. Every day under his protection leads her deeper under his masterful spell.

Are you ready to play?

Yet all is not as it seems. To remove Natalie from an enemy’s reach, Sevastyan spirits her into hiding. From an opulent palace in Russia to the decadent playgrounds of the mega-wealthy in Paris, the two lovers will discover that even their darkest—and most forbidden—fantasies can come true…

My thoughts on The Professional

How to put this without sounding like I didn’t love the book? Because I was head over heals in love with it until the end.

I know it’s fantasy, a novel… I kept repeating that in my mind over and over while I analysed this book… It doesn’t have to reflect reality, that’s the point! But I couldn’t stop myself from thinking that Natalia, being a virgin (talking about sex with a man, because toys were used before by her) had just done it, how she did with Sevastyan the first time… something it’s not right…

There where a lot of situations where I was hyper a wear of how unreal it felt but at the same time I knew the idea it was to leave the reality and immerse myself in another world.

From the time I actually finished the book and the time I’m doing this review, I have to say in all honesty that I have re-read this story more than 4 times already and I’m sure it’s going to be one of those that I keep coming back to over and over again.

Yes, I definitely do

Finding out your dad it’s the head of the Russian mob and that he didn’t knew you existed? Wow… I wouldn’t have known what to do with myself.

The author it’s great. I know she has this other series that it’s well-known: The Inmortal After Dark Series. So if you want to read something different, not paranormal related, written by Kresley Cole, you will not go wrong with this!

“Pet, there’s one thing you should know?

“I was still considering a retreat — until I caught his masculine scent. Game over. I’d been drugged.“

“Don’t ever look at another man with lust, unless you want him dead.“

“I feared I was interested in pain for the wrong reasons.“

As usual, let me explain you why *clear her throat*

First things first. I love the way it was written and yes, I have said above that it wasn’t realistic in some details but over all it was a very well written story, the pace was great, it has all that I look for in a good book. A book that by now I have re-read a few times.

I love this book, period. It was amazing for me to see the way the author describe stuff and ease the female character into some things and throw her into others. I have a few laughs here and there.

I was so curious about Maximilian’s story that when I saw that the next book was about him I jumped right into it and finished it a day later.

There are a lot of twist and turns but the main thing about this book was that make me want to read more about Russian characters, so I went into a hunt for Russian character book and have read a lot since then 😛