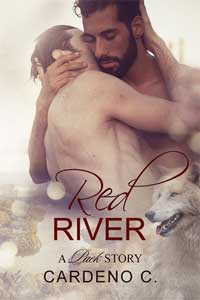 Two Alpha shifters join together to lead their pack and build a family.

Commitment, loyalty, and strength aren’t enough to make Wesley Stone’s birth pack accept an Alpha with a physical imperfection, even if it’s a meaningless mark. Putting the safety of his pack above his own wellbeing, Wesley trades himself for another Alpha and agrees to mate with a stranger in a mysterious, insular pack.

Alphas from Jobe Root’s family have led the Red River pack from the first day shifters walked the earth. Now the time has come for Jobe to fulfill his destiny, but to do that, he needs his mate by his side. Spiritual, easygoing Jobe reveres Mother Nature and trusts in fate, yet he can’t help being nervous about how his mate will react to his new life in Red River, his new life with Jobe.

Two Alphas with contrasting personalities, different upbringings, and divergent beliefs come together for the good of their packs. But to stay together, Wesley and Jobe must see beyond the surface and embrace every facet of themselves and their union.

My thoughts on Red River

WARNING: This May have spoilers. You’ve been warned.

I’m usually looking for new LGBT reads and when I find some I tend to read them like they would vanish in thing air if I don’t read them right then and there. That’s how I got my hands on Cardeno C’s books.

Getting my hands on Blue Mountain, the first book in this series was easy because I could *small smile* I still had my credit card then, but when I finished the book I didn’t have the card anymore because it expired, I have no job now so… I had to ask my dad for his credit card to get Red River. Talk about trying to get my father to let my buy a book when I wasn’t going to explain to him what was about *laugh* I managed to pull it off *big grin*

Let me tell you something. I relate a heck of a lot with Wesley because of his scar. I have one that is 9 cm long, souvenir from my gallbladder removal a few years ago and I’m self-conscious about it like you have no idea, when I know someone could see it. So, I was outraged when I read the first chapters of the book and even more so at his uncle reaction to it all *sigh* I’m trying to not give away too much because this book… I can’t make it justice and I want you to feel the feelings when you pick it up, not to know everything from my review, so I’m holding back here… Just so you know.

The turn of events for this book was beautifully done, in my opinion. Cardeno C was amazing when portraying the struggles of the characters and the way things were developing between them, up until the moment my jaw dropped and I though “OMG! Really?!” Because even though I kind of knew, I wasn’t sure and when the twist came I just wasn’t prepared for it

Some people can say it’s a little… strange *thinks on how to explain it* What I mean is that Jobe is a very nature based wolf, the hole Red River pack is and it can sound a little strange to people, but being who I am, there was a sweet, natural element to the story because of the ideas presented, the background of the characters… it all came together nicely.

Now… *holds a finger up* Let me tell you that I want to read Ricky’s book. He is a character in this story and I have my eyes peeled waiting to see when his book will be out. At the time of this review being published there is not yet his book on the market.

To wrap things up here. Cardeno C made an amazing, off the chart, relatable, sweet, romantic, soul-searching, socially interesting novel. The journey in this pages will fill you up with smiles, baling fists, wanting to commit character murder (in my case), laughter, deep thinking and more than anything, love so great that everything seems worth it at the end… If you don’t have in mind the fact that the twist of the book left you wanting more, even thou there is no cliff-hanger here.

He looked to be about the same height as Wesley, his hair was dyed a brash green and it stuck up in odd angles, there was something shiny in his right eyebrow – a piercing – and his pants were bright red.

He’d had no idea his sense of isolation within his own pack had gotten so acute, but it must have. There was no other explanation for why a simple touch from a stranger burned him from the inside out.

He pushed closer, holding tight to the person who had given him a soul-deep sense of satisfaction he had never experienced and hadn’t thought possible when he had driven off the Purple Sky pack lands in a fit of anger only hours earlier.

Suddenly, everything became clear. The Alpha from the Red River pack wasn’t willing to fake a mating with a man so he wanted out and Paul offered Wesley up as a sacrificial lamb in order to recruit a new Alpha for Purple Sky.

FYI... I’m soooo going to devour other books by Cardeno C, so don’t get to surprise when this blog gets swamped with reviews for those books *wink* 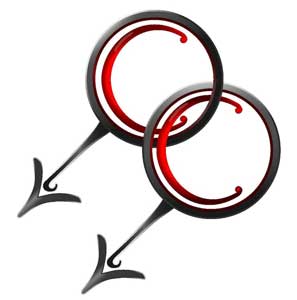 Cardeno C. – CC to friends – is a hopeless romantic who wants to add a lot of happiness and a few “awwws” into a reader’s day. Writing is a nice break from real life as a corporate type and volunteer work with gay rights organizations. Cardeno’s stories range from sweet to intense, contemporary to paranormal, long to short, but they always include strong relationships and walks into the happily-ever-after sunset.

Cardeno’s Home, Family, and Mates series have received awards from Love Romances and More Golden Roses, Rainbow Awards, the Goodreads M/Romance Group, and various reviewers. But even more special to CC are heartfelt reactions from readers, like, “You bring joy and love and make it part of the every day.”