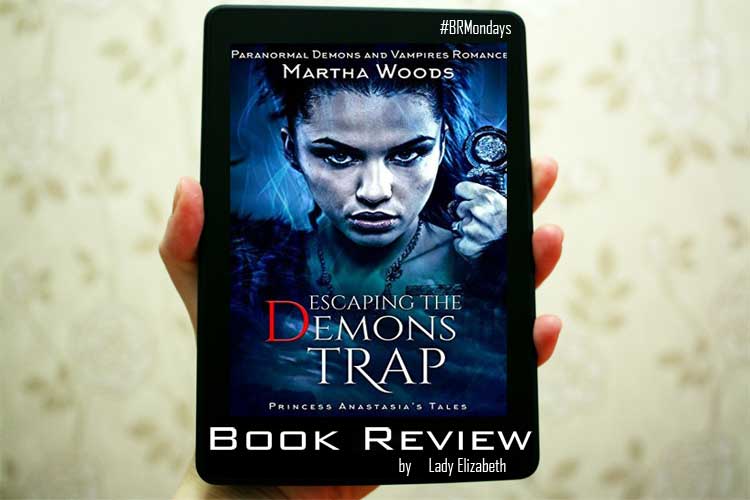 WARNING: This story contains seductive tales of the supernatural, heartbreaking sacrifices and hope of redemption.
Blurb Below:

Witty, clever and powerful, the elegant Princess Anastacia Juravinski is the strongest warrior in her kingdom and the protector of her realm. She was born into a Kingdom, where her realm and that of the Demonic realm clash. Hundreds of years ago, Anna’s ancestors found a way to trap the powers of the supernatural in tokens and give the holder special abilities. In order to protect her realm, Anna must hunt down and destroy Demon Tokens to ensure that their supernatural powers cannot be used against her kingdom.

Darien Matthews, short brown hair combed to the side and glistening steel blue eyes, was enrolled in an arts academy, hoping one of his younger siblings would have the interest to take over the family business. But when his parents both die in a horrible boat accident, Darien is forced to leave school and take over the family estate, as well as guardianship of his younger siblings. Upon hearing about her dear childhood friend Darien’s loss, Anna decides to tie a demon hunting mission with a long overdue visit.

Although, what Anna discovers on her trip, is game-changing. She must urgently bring the news back to her Kingdom. But this may mean Anna never see Darien again. She is forced to make a choice between her kingdom’s safety and the person she loves.

What will Anna do?

I feel you should know I got this book in ARC form, or at least that’s how I’ve seen it since I’ve downloaded for free. I got it from Instafreebie as one of the recommendations that arrived to my email address.

Anna is a Princess where she lives, at the Kingdom, with her family and she has been taught about the paranormal world since she was a small child. Now she is going back to the US to help secure a trading business for her mother, also going back to her best friend’s home where her uncle died so many years ago.

As the lead character Anna was pretty down to earth. She knew what needed to be done, she got things done. Not in the best of ways but she managed to secure everything for the Kingdom, and found another mystery to be solved with Darien’s family. What I liked about her the most what her reactions to the situations she found herself in. Even with Darien’s girlfriend showing up she did a pretty good job and was very understanding. I would have been pissed or jealous or something.

Morgan is her companion and he is pretty fun to watch trying to seduce Anna into his arms. She holds him at a distance, even flat-out told him no at times, but Morgan knows to bid his time and he nothing but relentless. I like that his personality and traits are consistent even when he is just a side character.

Darien was a good character to have in the story but seriously, I sometimes felt like he was a teenage boy and the hormones were ruling his actions. I was so confused about him. He seem interested in Anna as more than friends one second, the other he was treating her differently, then he was leaving her to be with his girlfriend, then leaving the girlfriend to be with Anna because she got hurt. My head just spins.

The simple way the book was written was good for what it was. The problem with misspellings, grammar errors, wrong used of words, for me was not so distracting but I can see other readers not liking that. As a recommendation, the author should check that out.

I liked the concept of the story as a whole, and the twist with what Anna found at the end had my mind razing with ideas. Also, I had to look up what a djinn was and laugh when I saw the answer.

I checked and the book is under the “Paranormal Romance” section on Amazon. Although I agree that the story had love interest between the characters, I wouldn’t put this book on the romance section. Paranormal, yes, definitively it is.

Martha Woods is an avid writer of paranormal romance. Her latest series “Fatal Allure” is entertaining avid readers across the globe.

She considers herself to be remarkably average, exceedingly introverted and bland, which does not explain her interests in the distinguishable unique genre of the paranormal romance.