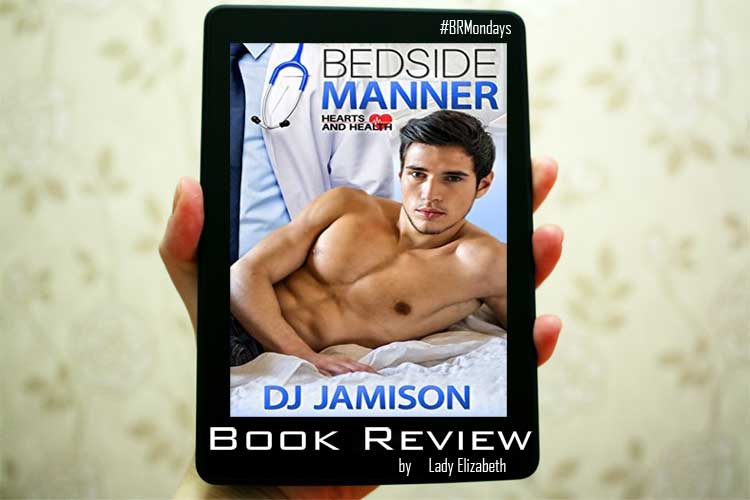 Dr. Paul Johnston can’t get a set of dark, somber eyes out of his head, and the timing couldn’t be worse.

The last thing he needs is to fall for a patient. Not now, when he’s been put on paid leave pending review of a formal complaint. One that accuses him of sexual impropriety of some kind. It’s possible he let his newfound freedom as a divorced, out-of-the-closet gay man go to his head, but he’s certain — mostly — he didn’t do anything wrong. Now, he’s struggling to handle the reality that his job is in danger and the only guy he wants should be off-limits.

Zane Kavanaugh is floundering, and there’s only one man who soothes the storm inside him.

Reeling from an assault that landed him in the hospital and the painful estrangement from his family since coming out, Zane is trying to get his feet under him and find his independence. He moves in with a roommate and searches for a job, all while recovering from a fractured arm and cracked ribs. None of that hurts as much as the emotional damage he’s suffered. When he connects with Dr. Paul Johnston outside of the ER, he’s drawn to the man’s calm, collected manner. It doesn’t hurt that Paul’s lack of experience with men is sexy as hell, and so are his over-the-top responses when Zane gets his lips on him.

There’s no right time to fall in love.

Paul is afraid to start a relationship, and Zane can only handle so much more rejection. Will these two find their perfect moment, or will they realize you can’t choose when and how you fall in love? If Paul can’t take a risk, he may have to choose: the career he loves or the first man to capture his heart.

This is a m/m romance. It can be read as a standalone, although the characters appear in secondary roles in Heart Trouble.

WARNING: This review HAVE a SPOILERS.

I want to mention, right of the bat, that this is the first book by DJ Jamison that I’ve read and I’m impress. For an author to be able to make a reader take notice of the little details in a good way… again I’m impress.

This story is about a 30 something male doctor named Paul that has been having problems with accepting his sexuality and who he is for a long time. After a divorce that wasn’t pleasant in the least, he is finally able to be himself, problem is he doesn’t know how to do that. Add to it the fact that he is attracted to one of his former patients and you can see him get into a lot just for that fact alone.

Zane is a 20 years old that got the beating of a lifetime because he is gay. After that he ends up in the ER and guess who his doctor is. Yes, is Paul. Zane doesn’t know why he is attracted to the doctor but he is and things go crazy when the two of them try to have a relationship.

The writing has no technical terms that could confuse the reader, or any other type of vocabulary that could trump the reading flow of the story. It’s a simple language but DJ Jamison got the absolute best out of it and out of the story too.

Character development was the name of the game with this story. I just plain ate this up like there was no tomorrow and being completely honest, that’s what made me give this book the rating that I gave. Not only had a great flow of the story but how relatable the characters of this book were, was amazing.

Now… This is where the spoiler free review ends. If you keep on reading you know what you’re getting into. Here we go.

Zane has it hard when he decided to be out in the open about being gay. His father rejected him, so he went to his mother that was the open-minded parent or so he thought. His mothers new husband was drunk and beat the living crap out of him, his mother just stood there and watched. What a bitch, in my opinion.

Paul is just out of the closet and things are not going well for him as a gay men. He tried to ask a male nurse out on a date, Ben, but that didn’t work and Ben’s boyfriend Gage keeps on giving the stinky eye to Paul every time they cross paths. Not only that but when Paul gets to see Zane in the hospital he feels related to him. He can see himself in Zane’s shoes if he had gotten the balls to tell his old-fashioned parents that he was gay when he was younger.

The path of living as an open gay male doctor is not an easy one. Paul doesn’t have friends that support him, like Zane has friends that are there for him after the attack. He has to learn to be himself and to make matters worst, someone filed a complaint of inappropriate sexual behavior against him at the hospital. He had to take paid leave until the matter was resolved. He is a doctor, without that he doesn’t know who or what he is, so he has to begin the journey of self discovery.

Zane’s life in shambles. He was beaten, now he is going to be living with a roommate but he has to find a job to get the money for rent, school, etc. His father felt bad about what happen to him but for Zane it was a little too late for that. He needed to put his feet on the ground and make something of himself. Not only that but he was attracted to a man who his friend Ben and said friend boyfriend Gage were not exactly approve of.

I mentioned at the beginning of the review that there were little details that made me rate this book the way I did. Let me tell you about those points.

In other words, the characters are way more physically relatable than your average romance novel hero now a days.

Is never too late to be yourself. Stop hiding from the people around you and live your life to the fullest. It won’t be easy but it will be worth it.

DJ Jamison worked in newsrooms for more than 10 years, which helped tremendously when she began her series of novellas centered on The Ashe Sentinel, a fictional small-town newspaper in Kansas. When she’s not laboring over her works of fiction, she works as a social media marketer and blogger.