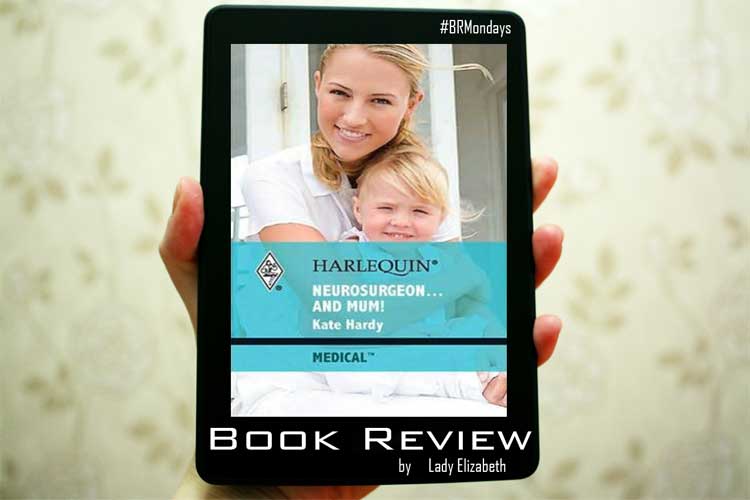 When Amy Rivers’s dreams of a family were shattered by her ex-fiance, she dedicated herself to neurosurgery, where she’s kept her head–and her heart–ever since.

Now, with her career in shreds, Amy needs a lifeline. She escapes to the one place she’s always called home, only to find the new village doctor, Tom Ashby, and his motherless little daughter Perdy sharing her retreat. Amy tries to keep her longings locked up tight but, enchanted by the sad little girl and captivated by Tom’s heart-melting smile, she finds her shattered dreams come flooding back. Life has been tough for all of them, but together can they make each other whole?

Kate Hardy is a new author for me and this story was the sweet thing I needed for the day.

Amy was a neurosurgeon that had a situation going wrong in her life, which lead her to being told, by her boss, that she was taking 3 months away from work. She did it and managed to find a better life for herself, not only meeting amazing people, but also getting over things from her past.

Tom was a single father house-sitting for Amy’s aunt and uncle, with his little daughter Perdy. His wife died a year ago and it was tough on him and on the little girl.

I liked the fact that Amy was raised in a similar situation as Perdy. There was a real understanding of what the little girl was going through and feeling. I like how relatable things were between them, making the bond that formed even stronger.

There was a lot of Medical information in the story because not only Amy was a doctor, but also Tom and his wife were doctors. So don’t get surprise when procedures are explained in conversations. Nothing bloody.

The writing was fairly simple, with the medical terminology being the most complicated part. Good thing they called things by their names, not acronyms, or that would have been a no-no for me.

There are a couple of sexy scenes that I particularly likes between Tom and Amy. The relationship developed pretty steady and not overly fast in my opinion, like other books do.

You can have a career and be an important doctor, but you can also be a great parent. The only thing you need to accomplish this… is love and determination.

Kate Hardy is an award-winning author of more than 50 books for Harlequin Mills & Boon. Her novel ‘Breakfast at Giovanni’s’ won the RNA Romance Prize in 2008 and ‘Bound by a Baby’ won the RoNA Rose Prize in 2014. She’s been shortlisted three more times for the award, as well as for two Romantic Times awards.

She lives in Norwich in the east of England with her husband, two children, a springer spaniel called Byron, and too many books to count. She’s a bit of a nerd who loves cinema, the theatre, history and cooking (which is why she has to go to the gym five times a week – oh, and to ballroom dancing lessons), and adores anything Italian. She loves doing research, particularly if it’s hands-on and means experimenting with cooking (on her website, most of her books have a recipe connected to them). Reviewers say that her books are full of warmth, heart and charm – and also that you’ll learn something new and interesting from them!