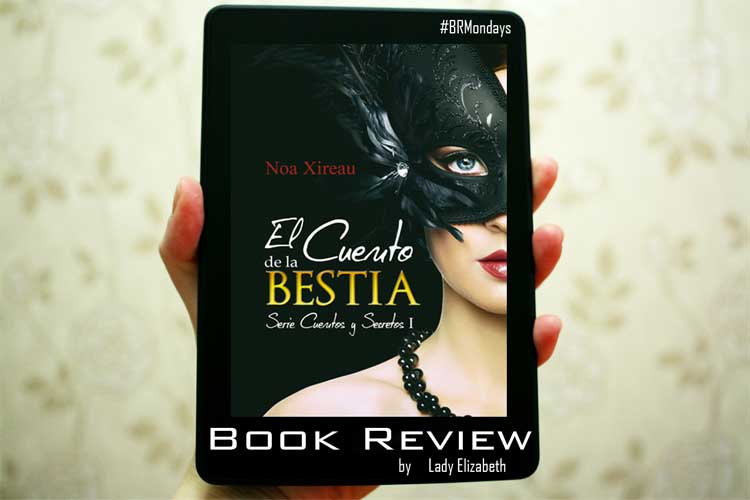 This author in particular has caught my attention before with Spanish Christmas and Three Kings for Sarah, two of her other creations. Her books, being in Spanish or English intrigue me and almost always left a need to know more, this book was not the exception.

I knew, for the cover and the tittle of this book, that this story was a retelling of Beauty and the Beast. Making different stories based on old Fairy Tales is becoming more popular. I like it.

The prologue of this book was a tentation in and of itself for the reader, it was well done in my opinion. To be honest, in my case, it was Chapter 1 the one that sealed the deal for me, the one that hooked me more and propelled me to read until the end.

Azrael is the Alpha Male and let me tell you that in several occasions he remembered me of someone I know. Being the King he had to behave in a certain way, it was expected of him, but you could see as you read that he was willing to listen and being reason with when needed.

There were also moments that I wanted to strangled him because he really deserved it. Specially after the 60% mark in the story. I won’t go into more details here, even thought my fingers are itching to do it, only because I don’t want to spoil you anything.

Anabel is trapped in a world she never thought existed, by a witch that looks like an adorable little girl and it turns out she is the witches gift for a King: she is a slave. Anabel fights against this but she also has a curious personality, and a big heart.

Surviving in this new world it wasn’t going to be easy for Anabel, but she found the way to do it. One of the things I liked about her was that the victim mentality wasn’t wrap around her so strongly as I’ve seen in other stories. She is not the only kidnapped woman who was made a slave, but this is the story that centers around her.

Noa Xireau’s writing has rhythm, its charming and able to influence the reader with her words when she wants to make emotions pop from the pages. I don’t forget the moments of laughter in this book and believe me when I tell you that this author knows what she is doing, at least in my opinion.

It has been a long time since I’ve read a romance in Spanish but this one was worth getting out of my comfort zone and go back to read in my native language. It wasn’t easy because it felt weird after reading and writing so much in English to go back to Spanish.

Of all my questions, there is only one that it’s really relevant now and if Noa Xireau is reading this review *roll her eyes* like an author would read this, yeah right *sigh* If she reads this, maybe she could answer me this:

WHEN ARE WE GETTING SCRUFFY MUTT BOOK?!

Her motto is “Good girls go to heaven, bad girls go everywhere”. Maybe that’s why she’s always off visiting other worlds, even if her home is in the beautiful south of Spain. But just don’t try to tell her that she isn’t a good girl as that’s about as risky as taking away her beloved chocolate or alpha heroes!