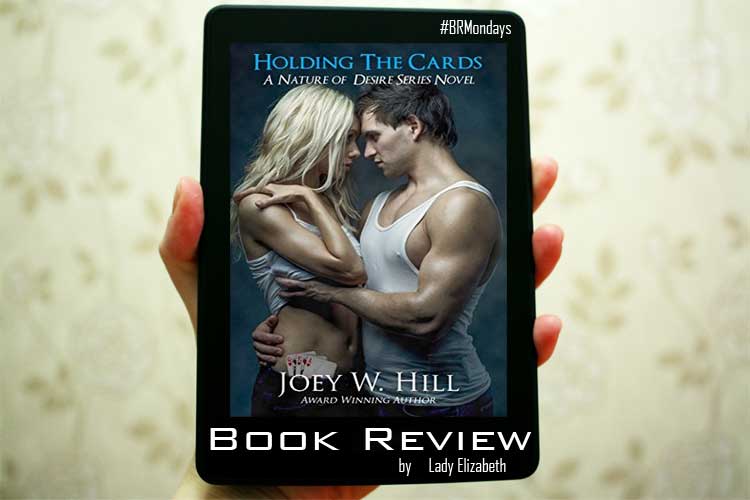 Lauren is a successful doctor with a healthy attitude toward sex, unashamed of her proclivities as a sexual dominant. She wants love and a family, but she’s beginning to believe there is no Mr. Right willing to stand by her in sickness and health…and be cuffed, stripped and smacked with a riding crop.

Then her friend Lisette invites her to spend a long weekend on a private island. It turns out Lisette can’t come with her, but Lauren opts to go anyway, with no one for company but Joshua, the island caretaker, and his visiting friend Marcus. Though both men are beautiful, it is Joshua who catches Lauren’s attention, and not just because Marcus prefers men. Something in Josh’s stormy eyes calls to her.

When Marcus facilitates a game of submission and control between the three of them that will last throughout the weekend, Lauren embraces the opportunity. Josh overwhelms her with his willingness to submit to her body’s desires, but her heart wants to get to the secrets behind those eyes. She is going to have to tear down his defenses and make him give her everything. And this is one Mistress who doesn’t take no for an answer…

I’m not kidding you when I say I have had Joey W. Hill books for two years and never picked one up, until now. Also, its fair to say I’m reviewing the audiobook version of this story, because I honestly think it was a huge factor as to why I love this book so much.

Holding the Cards has an amazing set of characters. Lauren, the Domme; Josh, the Sub; and Marcus, the Gay Dom. Even though this cast is full of variety, the story itself is cohesive and focus on the development of Lauren and Josh, this was after all their story.

I think that this book in audio version is the best thing that could have happen, to me. I believe this story needs to be appreciated, read in increments, not in one sitting, why? There is so much to take in and process that reading in one sitting would be overwhelming. So much would be lost to you…

Listening to the audiobook without pressure or any type of rush was such a breath-taking experience. It did a great job at telling the story in a way that made me forget that all of the events happened in a short span of time, right until Lauren thinks about it at some point after the 70% mark *roll eyes*

Maxine Mitchell is the narrator and I liked her voice, the tones for each characters distinct voices, the pace of the story. I can’t say she is my favorite narrator for audiobooks but she did a pretty good job.

I need to say I firmly believe that 85% of the reason why I love this book to my very bones was the writing. Joey W. Hill is a genius in my opinion and is right up there with Cherise Sinclair *whispers in a conspirator way* Joey is my new favorite of the two. Shhhhhh, don’t tell anyone *smile*

In my case, I freaking love this thing from beginning to end, and what an ending that was. I could go on talking about this book so much more but I’m going to shut up now. I love Holding the Cards and I hope you give a try *sigh in-love*