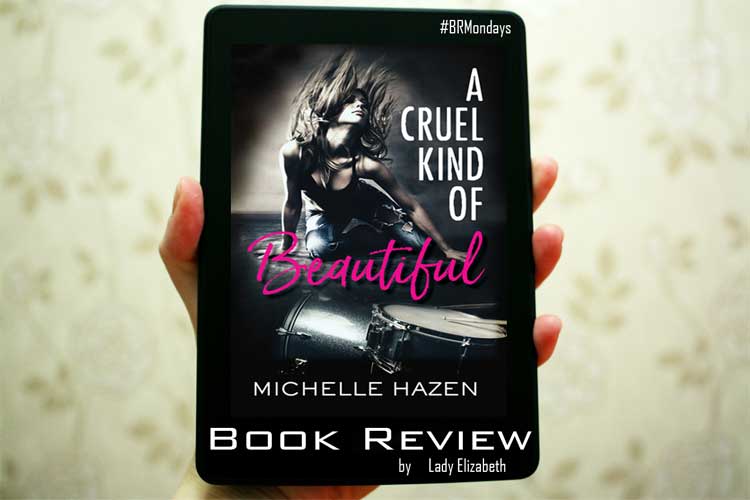 If you can’t get to the Big O, can you get to the happily ever after?

Jera McKnight loves music, swoons for hot guys, but sucks at sex. Jacob Tate is her perfect storm: a pun-loving nude model with a heart as big as his record collection.

When a newspaper-delivery accident lands him in her living room, he’s almost tempting enough to make her forget she’s never been able to please a man–in bed or out of it. Sure, he laughs at her obscure jokes, and he’ll even accept a PG-rating if it means he gets time with her, but he’s also hiding something. And it has everything to do with the off-limits room in his apartment.

Jera pours all her confusion and longing into her drum kit, which pays off when her band lands the record deal of their dreams. Except just like Jacob, it might be too good to come without a catch.

She doesn’t know if her music is good enough to attract a better contract, or if she’s enough to tempt a man like Jacob to give up his secrets–even if they could fix her problems between the sheets. But if this rocker girl is too afraid to bet on herself, she might just end up playing to an empty house.

Fans of Alice Clayton’s Wallbanger or Kylie Scott will love this addictive new series because of its quick sense of humor and adorable found family. Click now if you want to instantly escape into the world of Jera and Jacob’s romance.

I debated for a few days before I went to pick this ARC from Hidden Gems website. There have offered and I wasn’t sure if I was going to like reading a new author and in the New Adult genre. I’m glad I picked this book up because it would have been my lost otherwise.

The character development in this story was precious. Not only because Jera, from which POV we see the whole story, gets to grow, know herself better and face her fears, but because Jacob is the perfect second main character and love interest.

I felt like I could be friends with Jera and understand exactly what she was feeling. That fear of making a mistake, screw up and disappoint people you love can become a crippling problem. For her it wasn’t at that point yet but if things didn’t turn out the way they did, she may have been there soon.

Jason was a very supportive man. Level headed and mature for his 20 years of life. It’s true that he had a though situation going on at the moment and that forced him to grow up and step up like a man, sooner that was actually necessary. His patience and wisdom and love was beautiful to watch. He had to step strong and keep being strong for his family and Jera, and he did just that.

There was a lot of tease and denial in this book. Even though the protagonist wanted to be together, the fact that they made a pact and stuck to it… OMG it was just so sweet and frustrating to watch. That being said… WOW.

The writing was so compelling and the words, feelings, thoughts and dialogue so relatable that I couldn’t stop jotting down stuff on my notebook. It felt real and sweet and heart-melting. The slow build of the relationship and the great pacing of the events was just another point for Michelle’s book.

The only reason why I don’t give this book a 5 star review in the blog is because it wasn’t as earth shattering like I thought it would be. It moved me, don’t get me wrong. It was like the sky open up but there were no angels singing… strangely.

Disclaimer: I was given an ARC of this book for reviewing purposes by Hidden Gems

Award-winning author Michelle Hazen is a nomad with a writing problem.

Years ago, she and her husband ducked out of the 9 to 5 world and moved into their truck. She found her voice with the support of the online fanfiction community, and once she started typing, she never looked back.

As a result, she’s written most of her books in odd places, including a bus in Thailand, an off-the-grid cabin in the Sawtooth Mountains, a golf cart in a sandstorm, a rental car during a heat wave in the Mohave Desert and a beach in Honduras. Even when she’s climbing rocks, riding horses, or getting lost someplace wild and beautiful, there are stories spooling out inside her head, until she finally heeds their call and returns to her laptop and solar panels.