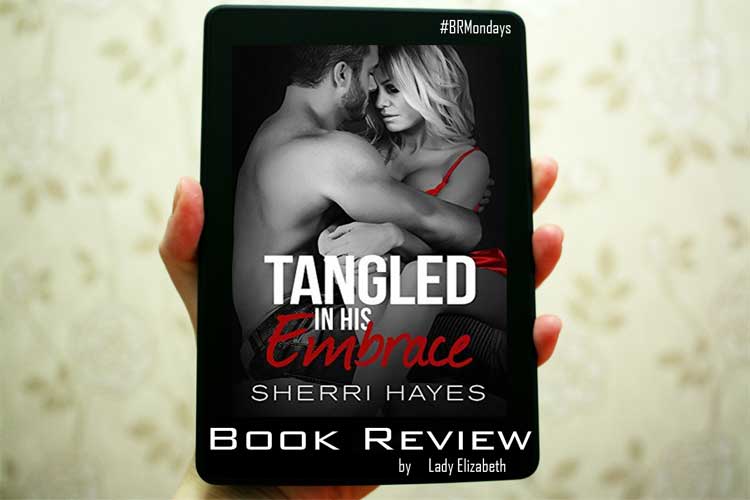 Jax made some incredibly stupid decisions in his life and the biggest one was leaving his wife and daughter. I don’t agree with his actions but his train of thoughts… I can understand.

Gabby is a great single mother that works hard to provide for her 3 year’s old daughter Taylor, after her husband left them out of the blue. I can appreciate her as a good mother, a good woman, and a great main character.

Jax came back to be in his daughter’s life and wants to be back with his wife too, the problem is that this man has not told Gabby why he left in the first place. He thinks she won’t understand and freak out or something like that.

The fact that Jax didn’t tell Gabby what was going on bothered me since the beginning of the book. I love the interaction between them but OMG he was driving me crazy. And when he finally told her… things did not go according to his plans.

I read this book in one sitting since it was not that long and was character driven. We see the two main characters POV’s and find out what broke this family apart 3 years ago, leaving open wounds and confusion.

There is not much that I can say about this book because it’s not as long and I could easily fall into spoiler territory and we don’t want that *smile* What I can say is that it was written in true Sherri Hayes fashion, with no cliffhangers and a healthy amount of sexiness.

I would recommend it to those that love second chance stories and some very relatable character. The story ends with a beautiful HEA.

Disclaimer: I am voluntarily reviewing an ARC copy of this book.
Thank You, Sherri Hayes!

Sherri spent most of her childhood detesting English class. It was one of her least favorite subjects because she never seemed to fit into the standard mold. She wasn’t good at spelling or following grammar rules, and outlines made her head spin. For that reason, Sherri never imagined becoming an author.

At the age of thirty, all of that changed. After getting frustrated with the direction a television show was taking two of its characters, Sherri decided to try her hand at writing an alternate ending, and give the characters their happily ever after. By the time the story finished, it was one of the top ten read stories on the site, and her readers were encouraging her to write more.

Writing has become a creative outlet that allows her to explore a wide range of emotions while having fun taking her characters through all the twists and turns she can create.