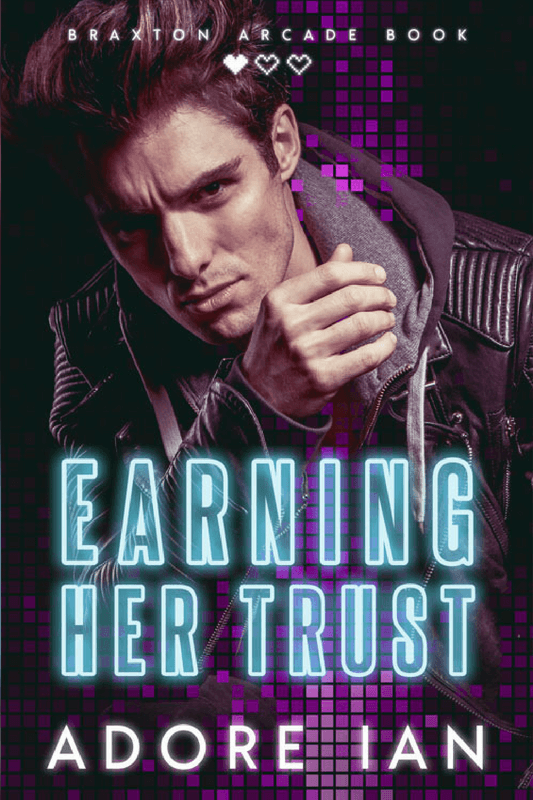 She ran from her past… right into his arms.

Marrin Braxton is scarred—physically and emotionally. As a result, she separates her college life from her personal life and makes a point not to trust anyone. Especially guys.

So when she secretly starts sleeping with her hot neighbor, Damian Wane, she makes it clear it’s just sex. Good, kinky sex.

And boy, is it kinky. In the bedroom, Damian is everything Marrin needs. He’s dominant, bossy, and says the filthiest things. Damian makes her submit in ways she never thought possible, and when he’s in charge, she’s able to let go of her need for control and just be.

Damian Wane is used to getting what he wants. He’s rich, handsome, and gifted with the kind of soulful eyes every person, pet, and vegetable dreams of getting lost in.

After his first night with Marrin, he’s hooked. She’s everything he needs in the bedroom. She’s eager, submissive, and wants him in ways no one ever has before. But it’s the ways he finds himself wanting her, the scars he wants to show her, that have him unable to keep things between them casual. He doesn’t want to let her go, and he’s not willing to share.

But Marrin’s keeping secrets and Damian doesn’t want to be one of them.

If he can earn her trust, he just might make Marrin his. But if he pushes too far, pries too deep, he might lose everything. 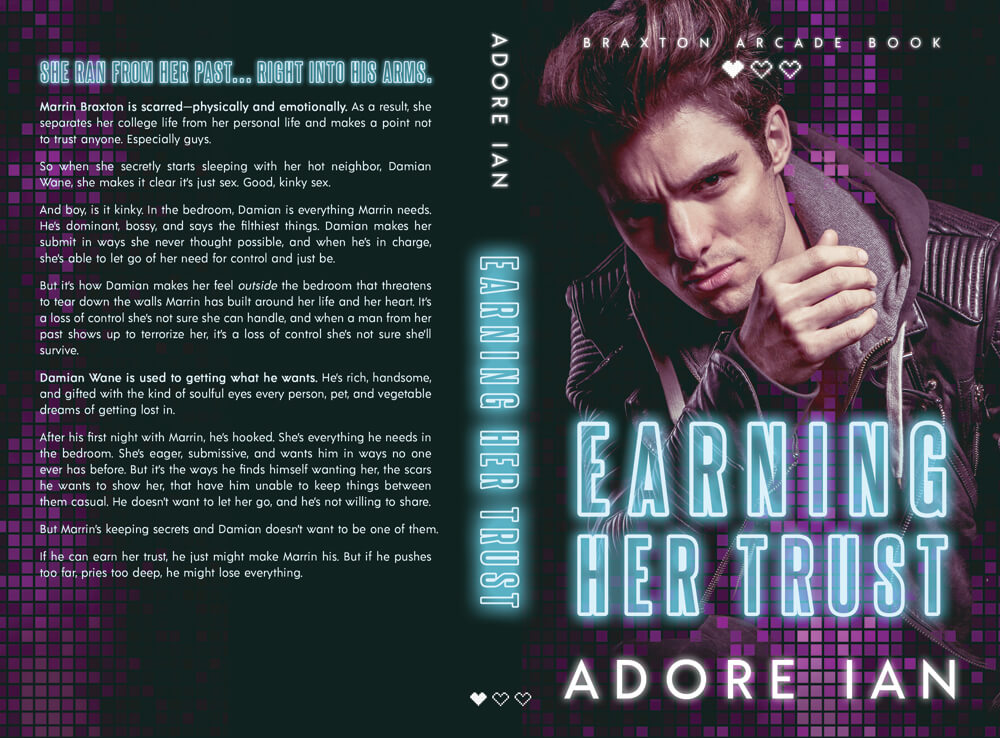 Please Note – Earning Her Trust will soon be available for pre-order on iBooks, Kobo, Nook, and Tolino.

Adore Ian grew up in a mixed-race family in Hawaii and has loved steamy romance novels ever since finding a Harper paperback discarded on the sidewalk when she was a kid. She’s a proud dyslexic, a loud intersectional feminist, and a lover of standard poodles. She lives with her manfriend on the east coast where she spends too much time bunny watching and not enough time writing. She believes the ingredients to good romance are too much smut, quality fluff and angst, and a dash of guerrilla sex ed. Her novels are best enjoyed with a slice of pizza and an ice cold beer.