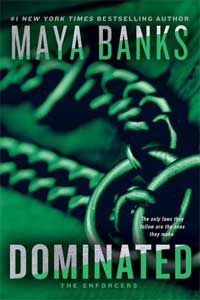 Devastated and destroyed, Evangeline doesn’t know what made Drake turn on her in such a shocking manner. She only knows she’ll never be the same. He once freed her from all her inhibitions, only now she is a prisoner to never-ending pain. But when Drake finds her again, she realizes there is more to his world than she ever imagined, and she must decide if she can once more trust—and submit—to the man who holds her wounded heart in his hands. And he must convince her of just how far he’ll go to regain her love and forgiveness. END_OF_DOCUMENT_TOKEN_TO_BE_REPLACED

Warning: This book ends with a cliffhanger that will be solved in the next one. END_OF_DOCUMENT_TOKEN_TO_BE_REPLACED