Today is the cover reveal for Four of a Kind by Kellie Sheridan. This cover reveal is organized by Lola’s Blog Tours. The cover is designed by Katzilla Designs 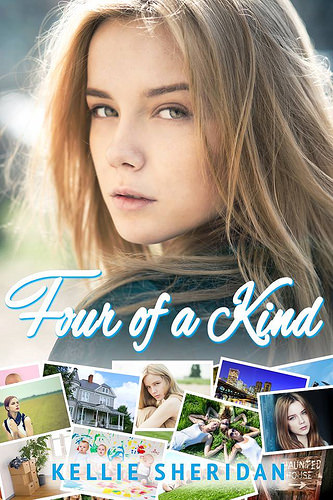 Blurb:
The odds of giving birth to identical quadruplets: 1 in 13 million.

The population of Fairview, a town where all anyone talks about is the Fairview Four’s return after fourteen years: 47,327.

The chance of Reagan meeting a guy who sees her as one of a kind: better than she thinks.

Following in her sisters’ footsteps—and, all too often, their shadows—is nothing new to Reagan. But a disastrous first day at Fairview High forces her down a new path, one that could lead to seeing herself as more than just someone else’s sister. Things aren’t going as smoothly for Reilly, Reece, and Rhiannon though. How can Reagan let herself be happy—or dare to fall in love—when she may be the only one who can bring her family back together?

Sisterhood of the Traveling Pants meets Gilmore Girls in the first novel of a heartwarming new series about first loves, family, and finding your way.

You can find Four of a Kind on Goodreads

The Fairview Four on social media
The Fairview Four have big plans for 2017 and we want you to be a part of it! Read the books, and get to know the girls by following them on Tumblr and Instagram! You can also follow each of the Donovan sisters on their personal Twitter accounts—Reagan, Reece, Reilly & Rhiannon. The fun starts January 1st, 2017! And don’t forget to read the first book, currently available to pre-order for only $0.99! 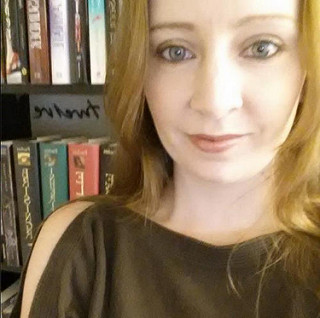 About the Author:
Kellie Sheridan been in love with stories in all of their forms for as long as she can remember. Admittedly, sometimes that means falling into places like Stars Hollow and Sunnydale, but books have always been her true love. In early 2011 she began writing a book blog in order to share my favorite reads with book lovers. From there, the bookish community encouraged her to stop sitting on her own stories and share them instead. Her first novel, Mortality released in March of 2013, and she’s been publishing ever since.

About Where we Were:

Our entire lives have been shaped around our identity as identical quadruplets. Four sisters, all with the same face, but totally different personalities. We are four of a kind, and there has never been a time when we didn’t have each other to lean on. But, when our parents announce that we’ll been moving away from the city and back to the town where we were born, we can no longer be certain of anything but change.

This is where we were.