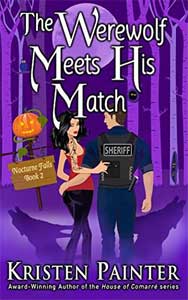 But Ivy is nothing like Hank expected. As feisty as she is beautiful, she’s as determined as he is to make a go of marriage for the sake of peace between their packs. The trouble is, Ivy has secrets that could destroy everything Hank holds dear… including his newfound love for her. END_OF_DOCUMENT_TOKEN_TO_BE_REPLACED