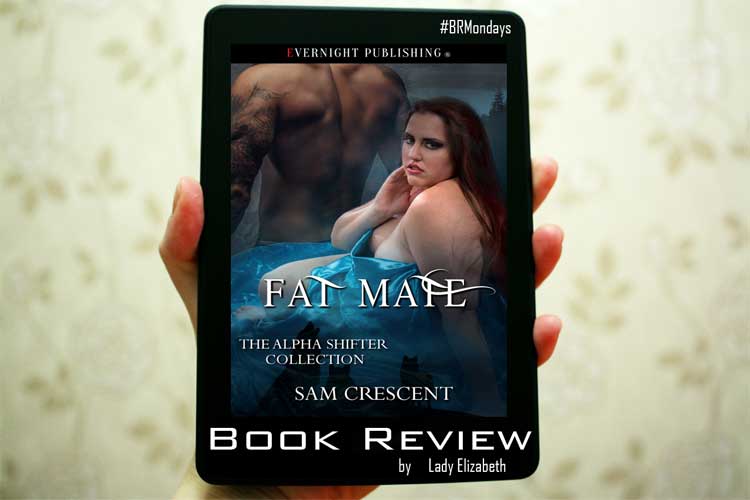 All Zadie Cox has ever wanted was to find a mate, fall in love, and have lots of kids. The problem is … no one wants her. The pack doesn’t care for a woman with curves, and no man wants “a fat mate”, which is what they’ve called her.

Dante Locker hates pack politics. When he’s invited on a month long visit to a neighboring pack, he knows there’s a catch. The alpha has a daughter—but there’s no way Dante’s mating with her. Then the moment he enters the town square, the redhead with the killer curves grabs his attention. He wants her, and Dante’s a rich alpha, a businessman, and he always gets what he wants.

No man has ever wanted Zadie, but there’s something about this new alpha. The way he walks, talks … and his devotion calls not only to her wolf, but to her. Can Zadie leave the pack that she has called home? Will she fall in love with Dante? Or is this just a month-long fling?

What drove me to read this book was the cover and then the blurb, in that order. I don’t see many books with beautiful full-figured women in them so obviously that picked my interest. The blurb was a good bonus in my opinion.

I have to say that this was kind of short book, in my opinion. I would have enjoyed more if it was a little longer but, that being said, I thing the story was too well put together to add unnecessary words just to make it to a different length.

Zadie was an amazing woman with a heart of gold and enough curves to make a man crazy, but no man was paying attention to her, in fact, they were calling her fat. I have a problem with men like that because I’ve been in the receiving end of those words a few times in my life, and I know how bad it makes a girl feel, to know someone thinks of you that way.

Dante was a man who knew what he wanted, not only that but he was a fair Alpha that wanted the curvy Zadie since the moment he laid eyes on her. It was not going to be easy for him to convince her, but he will persist until he got what he wanted, because she was worth it.

One point that I want to bring up, mentioning one of the side characters Bianca, is that she was very strange in the head. I have seen girls like her in other books, even know some in real life but after the little talk she had with Zadie, she left me a little puzzled… in a good way. I want to see if there is a book about her getting a mate in the future, that would be pretty interesting.

The story was a full journey of love that I enjoyed a lot. The writing was well done and I didn’t catch any editing problems during my time reading the book, which is also a good thing.

I don’t know what else to tell you, since this book was short I can’t go into much details because… SPOILERS… but I don’t want to do that to you so, what I can tell you is that you should pick this book up. I know you will have a good time with it and won’t regret spending your time reading it.

Do you have a curvy girl romance recommendations? Please leave it in the comments down below 🙂

Sam Crescent is a USA Today Bestselling author who is passionate about romance. She resides in the UK, and loves creating new exciting characters that take her on a journey she never expected.

When she’s not panicking about a story or arguing with a character, she can be found in her kitchen creating all kinds of havoc.