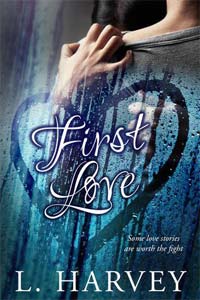 Everything has a place and a purpose. If you fail to prepare, you prepare to fail. Not one thing in my life was left to chance, not one thing was unplanned, except him. Dixon was unruly and spontaneous, making the most rash decisions a welcome anticipation. Whilst I wasted time reading the signs, he lived in an envious daze of excitement creating his own. Now I had to learn how to live without the one thing I always relied on in order to win him back. – Harley

Harley was the love of my life, my first and my only. Some called me whipped, some called me stupid but I called us everything. But Harley left me, she threw me aside as though I was nothing. Just another check on her to-do list. Now she is back and I only have one objective, to ruin her like she so effortlessly ruined me. When the anger finally fades and the lust for something new dies out, I am left with the dreaded realization that she is irreplaceable. I hate her for that. – Dixon

Some say that your first is irreplaceable, that it never dies out. Both back in the town they made their vows – will Harley and Dixon find their way back to the people they once were? Or will the pain of rejection tarnish and kill everything they once had?

Some love stories are worth the fight.

My Opinion on First Love

First. I didn’t like Harley in Broken Love. She looked too prim and just “I just have to have the perfect hair and clothes and all” for my taste.

That being said. Lucy Harvey made me turn 180º in my appreciation of Harley and her way of being, of living, of how she was acting in public. Being this series about what it’s about and what the characters faced in the early stages of their lives, I should have known not to judge so fast.

Harley was incredible in this book. In my opinion she did what she thought it would make her man happy because she felt she had no other way of doing things and she wanted to give Dixon everything. She made a few mistakes and she paid for them with so much more than just tears but I believe she came out of it a better girl.

Dixon is a man. I’m sorry for saying it but he just didn’t get it and it’s good he didn’t because he learned after being beaten day and night by life itself. He learned how to live and love in a relationship that was not perfect, that made him a stronger man, a real man.

First Love it’s a book that it’s full of reality. You don’t have to look so harder to see that the mistakes made by the character in this book, are mistakes that people commit almost everyday in some part of the world and they don’t learned of them like Harley and Dixon did.

I didn’t notice the little details when I was reading the story but when I was done I couldn’t disagree with the way L. Harvey convey her message to other people. This book it’s not just a great read, an amazing romance, it’s also a way to see the awesome reality of real love. The kind of love that last.

That said… I was speechless when I read what L. Harvey put as a bonus at the very end of the book. My jaw fell to the floor and so many thought are going ramped in my head that it’s hard to focus.

Needless to say I’m waiting for the next book holding my breath.

I could not give Dixon what he wanted so I set him free because that is what love is, putting their happiness before yours.

Absence does not make the heart grow fonder, it taints everything with darkness and hate.

For once, grab life by the balls and massage the fuck out of them until they are spraying that heavenly satisfaction all over your life.

Now I am left to wonder what is worse. To love her all over again with the fear of losing her or to deny myself of her and everything I want for the sake of my own sanity.