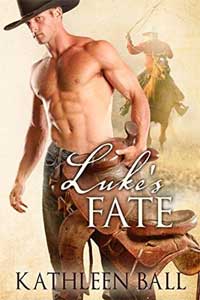 Meg O’Brien hoped never to lay eyes on the one man who broke her heart. To her dismay, Luke Kelly arrives at her ranch a much different and broken man. Can Meg ever forgive his callous treatment of her and help Luke become the man he used to be?

My thoughts on Luke’s Fate

Meg has worked really hard to earn the trust of her father and the men working at her family state to become the foreman. Now, the man that broke her heart so many years ago it’s back, in bad shape and her father tells her that Luke Kelly it’s going to be staying with them until he gets back on his feet.

Luke is a man that has a hell of a background. He has a father that it’s horrible, and that’s not even enough to describe the man but it will have to do. I don’t want to reveal all the plot but I’m itching to write about that happen to Luke and what the poor soul has to endure to be where he was when he got back to the ranch. Even then he still had a long road ahead.

As e-books goes, this was a long one. I really can’t explain why it felt like it was so long, because it wasn’t really a great amount of pages. I want to believe that it was the way the story develops that made it look like it was a long period of time but in reality it wasn’t. Or it could have been the angst through out the story, because it wasn’t a smooth ride for the characters to their happy ending.

Kathleen Ball has a writing style for her western romances that I just plain love. No use of complicated words, just plain English, which makes reading, for a latin girl like me, a lot easier. What I mean by that? I don’t have to get the dictionary all the time to look for terms here and there during the reading.

The way each character looks like a real person, feels like a real person, that’s important to me, to be able to relate to them. No problem saying who was good or bad, not confusion in that aspect. She did manage to kept me guessing until the last minute, who was the responsible for all the crazy problems that showed at Meg’s doorsteps, involving Luke along the way.

This story was pretty good but it ended abruptly, leaving me unsatisfied at the end even when most of my question where answered. I would have loved to read an epilogue or something to wrap everything up with a nice bow, but we can’t have everything we want all the time.

Besides that point, the fact that Meg and Luke kept pushing at each other got to be a little too much for me. I like when the characters think the other deserves better but this was just… not good. As a base for the characters was good, but I felt it was a little over used and at some point I just wanted to tell them to get over with it, they loved each other and to stop being ridiculous. 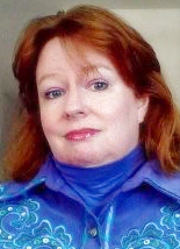