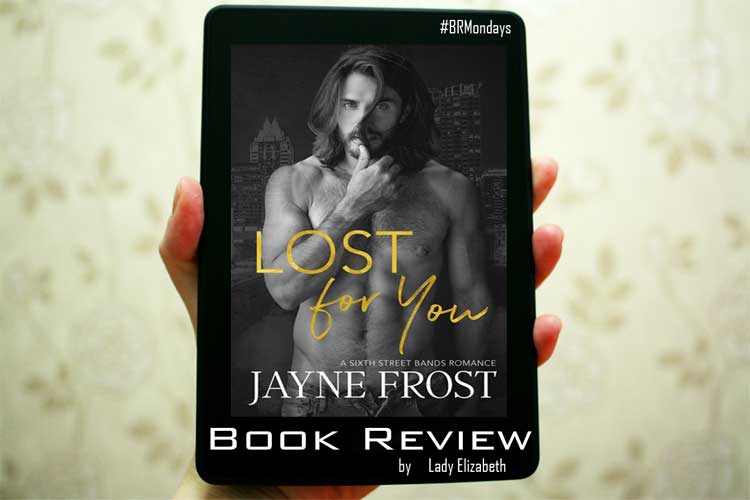 Warning: This review have SPOILERS

I’ve read the previous book in this series and I have to say Jayne Frost left me with wattery eyes and a smile on my face, almost at the same time. I expected no less from her book considering my reaction to the last one.

Chase Noble has demons from his past that needs to keep in control but it’s not easy. He’s a Bar owner, a big time business man and a addict. He’s been clean for 10 years and he’s helping a girl, Lauren, fight her own addiction after she’s out of rehab. He didn’t plan on meeting the woman of his life at Starbucks.

Taryn Ayers lost her best friend Paige to a tragedy. Her survivor friend and business partner Tori is on grieving process, just like Taryn, and they both clash more times than not. Taryn feels responsable for not being in the bus with Paige that night. She meets Chase at Starbucks and her life starts to change.

I believe Jayne Frost shows relatable characters like so few authors can, to the point of make me feel like this were real people I was reading about. It amaze me how this book manages to portray the lives of two main individuals, and the circle around them, in such a compelling way.

I never did drugs, except the prescription the Doctors give me for this or that, but never been in that dark place with drugs. The way this book depicted the addicts in the story was heartwarming. The reason why, is because people forget that addiction is a desease that doesn’t leave you alone. When you got the flu, you algo know that at some point you’re not going to have it anymore. Addiction is not like that. You have to fight against temptation every single day.

I would definitively recommend this book. Not only because the characters are relatable and felt realistic to me, but also because it shows something about relationships that people take for granted: comunication is key.

Disclaimer: I was given an ARC copy of this book by Hidden Gems

Jayne Frost, author of the Sixth Street Bands Romance Series, grew up in California with a dream of moving to Seattle to become a rock star. When the grunge thing didn’t work out (she never even made it to the Washington border) Jayne set her sights on Austin, Texas. After quickly becoming immersed in the Sixth Street Music scene…and discovering she couldn’t actually sing, Jayne decided to do the next best thing—write kick ass romances about hot rockstars and the women that steal their hearts.