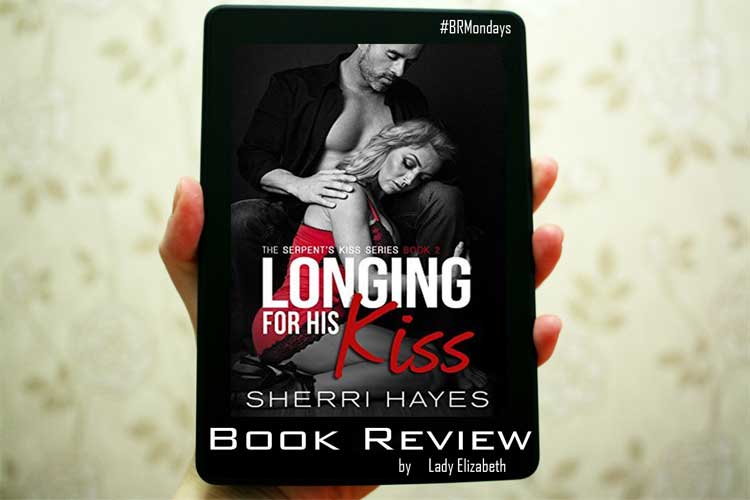 I was waiting for this book since Sherri Hayes mentioned that it was in the works. Since Alexander was introduced in the previous book and he said he was looking for a woman named Grace, which was Beth’s new employee… I ended Burning for Her Kiss with an “ohhhhhhhhhhh” and here we are now.

Have some tissues at the ready because this is an emotional journey and let me assure you, being the emotional reader that I am, that you will need those tissues sooner than you think in the story.

Grace is a military widow. His husband died in a mission eight months ago but she hasn’t been able to get pass it. He was not only her other half, he was also her Dom and she was a lost submissive at the moment, that didn’t know how to cope with the devastation.

Alexander was a military man. He left the force because he had an injured leg but he felt guilty for being “lucky“, not like his friend Kurt, who happened to have wife at home. He didnt’ have anyone waiting for him, so he was trying to keep on living but it wasn’t easy.

This two meet and it’s just sparks since they look at each other. There’s no other way to describe it. They were attracted to each other and felt guilty for doing so at the same time, also Grace felt confused because her husband and Master was gone and she thought she shouldn’t be able to look at another man and felt attraction, it was too soon, right?

Without going into much details, these two are a great couple. The relationship that develops over time it’s precious. I love how Sherri Hayes took the time to put both at ease with the other and that their brains could get in line with their hearts.

The journey is not easy for either of them but I think Grace took the price here. She was an amazing woman who had the courage, even in doubt and fear, at times, to press forward and try to live and love again. Just like her husband wanted for her.

In regards of the sexy scenes. Let me tell you those where great. I think they were tailored for the relationship development of the characters to a T. Pushing a little bit but hot and steamy as they should be. I can’t and wouldn’t complain about it at all *laughs*

Something I didn’t like so much and really enjoyed at the same time, was that Grace hold on to the memory of her husband a little too much at times. It was hard for me not to want to shake some sense into her and at the next second, feel like I understood where she was coming from.

The book may be the second in the Serpent’s Kiss series but don’t let that stop you from picking it up. All of the books can be read as stand-alone ones, even when you get to meet characters that where previously introduced, they don’t interfere with the reading experience.

I want to thank Sherri Hayes for providing me with an ARC copy so I could give you my opinion on her book.

Sherri spent most of her childhood detesting English class. It was one of her least favorite subjects because she never seemed to fit into the standard mold. She wasn’t good at spelling, or following grammar rules, and outlines made her head spin. For that reason, Sherri never imagined becoming an author.

At the age of thirty, all of that changed. After getting frustrated with the direction a television show was taking two of its characters, Sherri decided to try her hand at writing an alternate ending, and give the characters their happily ever after. By the time the story finished, it was one of the top ten read stories on the site, and her readers were encouraging her to write more.

Writing has become a creative outlet that allows her to explore a wide range of emotions, while having fun taking her characters through all the twists and turns she can create.